The first wave of artists has been announced for this month's edition of The Gateway.

Later this month, we’re taking over two Miami city blocks to launch this year’s edition of The Gateway — a five-day festival during Art Basel 2022 featuring some of the NFT community’s finest artists, creators, and leaders in a celebration of the Web3 space.

So who are they, exactly? We’re pleased to announce the first wave of artists to expect at The Gateway 2022, presented with Mana Common and powered by MoonPay. Largely consisting of honorees from The NFT 100 and previous guests of our podcast, The Gateway 2022 is taking things to the next level, with renowned artists from every corner of the NFT space.

Repping the growing generative NFT art community are IX Shells, who also holds the honor of being the highest-selling female artist in the scene, Tyler Hobbs, Zancan, and many more. Fans of photo NFTs will also have plenty to be excited about, as J.N. Silva, Dave Krugman, Cath Simard, and Swopes will also make an appearance. Beeple — largely known for producing some of the most expensive NFTs ever sold — has also committed to exhibiting work at this year’s Gateway. 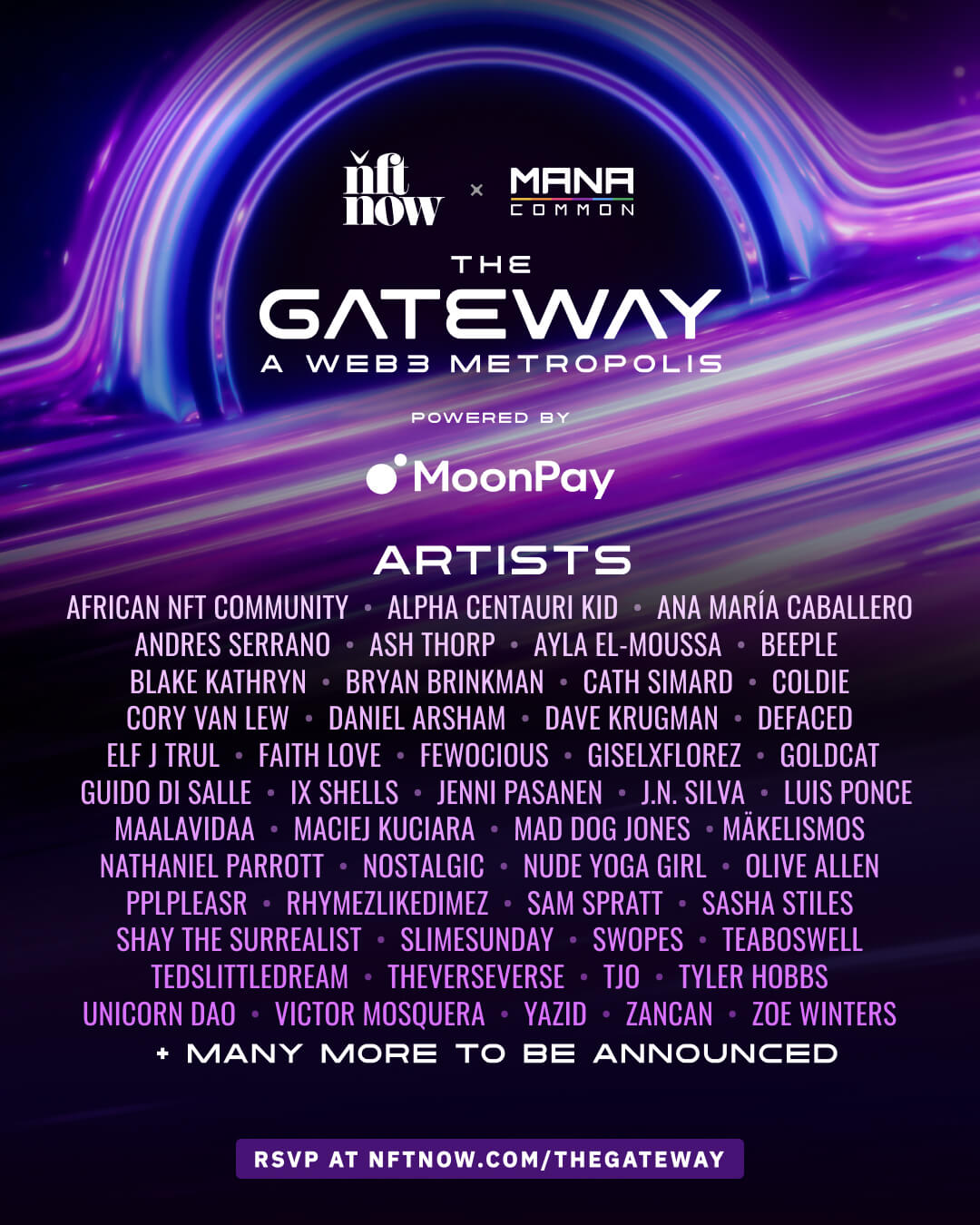 The first wave of artists for The Gateway: A Web3 Metropolis

Additionally, attendees can also expect to see some of the NFT community’s most venerated leaders make an appearance. Pussy Riot’s Nadya Tolokonnikova, along with representatives from the vaunted Unicorn DAO, has also joined the growing ranks of names with high notoriety at this year’s Gateway. The festival may even prove to be an impromptu gathering of the Forgotten Runes Wizard’s Cult with a scheduled exhibition from co-creator Elf J Trul.

The partners for The Gateway: A Web3 Metropolis

Still not convinced this is a can’t-miss event? We’ve barely scratched the surface. So read on for a complete list of The Gateway 2022’s artists, and RSVP here to attend the festival from Nov. 30 to Dec. 3. See you superstars in a minute!

Everything you need to know to uncover the latest innovation wave and understand the terms NFT, blockchain technology, cryptocurrency, and more.